Permanently throwing away my held item (Amulet Coin) with Fling. 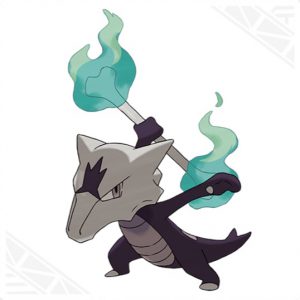 Recently I was playing with my Alolan Marowak in Pokemon Moon. I keep it around for catching Pokemon because it knows False Swipe, a move that always leaves the attacked Pokemon with at least 1HP (useful especially when your entire team is much stronger than whatever you’re trying to catch).

One day Marowak leveled up and wanted to learn a new move: Fling. The Pokemon move Fling is a dark and physical type move which I thought would be a good fit for Alolan Marowak, because I thought it was a dark type Pokemon and it has higher attack stat than special attack stat (ie physical moves will do more damage). Alolan Marowak is actually a Ghost/Fire type though, not Dark.

Anyway, the game description for the Fling move is this: “The user flings its held item at the target to attack. This move’s power and effects depend on the item” Seemed

ok, so I agreed to learn it.

Now, as I said before I was using Marowak for catching weak Pokemon, so it was at the front of my party. I also had given it the Amulet Coin to hold, an item that doubles prize money received after a battle as long as the Pokemon holding it participated in the battle (which it obviously would if it was first in line).

I continue aimlessly wandering around the tall grass until a 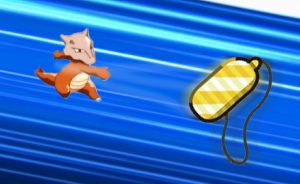 wild Pokemon appeared. I decide to test out this new Fling move. Marowak throws the amulet coin, it does some random amount of damage but nothing particularly exceptional, and the battle ends. I continue walking around and battling wild Pokemon, but this time Fling just kept failing. I decide to switch Marowak’s item to something else and see if that does more damage.

I check my party screen and notice Marowak is not holding any items. Well that explains why the move was failing. I check my bag in search of the Amulet Coin …. And it’s not there either.

My amulet coin is GONE.

As usual I log on to the internet to figure out what happened. I’ve had other items ‘frisked’ or ‘stolen’ by Pokemon in combat before, but they were always still there after the battle was over. Well, Fling is different.

Items thrown by Fling are lost permanently except for battles taking place over wifi or at the battle frontier.

This means if you are going to teach your Pokemon Fling, never give it a held item that you want to keep for the rest of the game!

Now there are some items that have useful effects when used by Fling, (a list of which can be found here) that can burn, paralyze, poison, or cause flinching of the opponent Pokemon. However, for me personally I would not want to lose these items permanently and would only consider using them if I were into wifi battles. 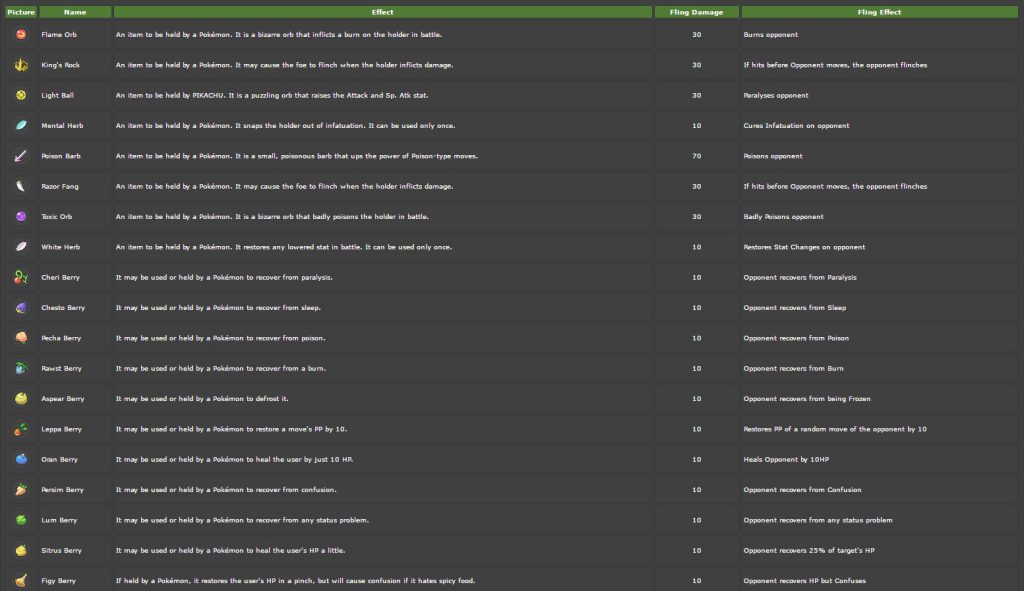 So what’s next for me now that I permanently threw away my Amulet Coin? Fortunately there is another item called ‘Luck Incense’ that does the exact same thing that can be bought at an Incense stall at Konikoni City.

Furthermore, Luck Incense is required to breed a Happiny egg by Chansey and or Blissey at the Pokemon daycare (another thing I couldn’t get to work and didn’t know why….) so I would’ve been purchasing one anyway.

What did I learn? The Pokemon move Fling will permanently throw away your item (unless you are battling over wifi or at the battle frontier.) Choose your moves carefully!