It’s Gen4 (Pokemon Pearl) and my team includes a Kadabra with Psybeam, Teleport, Recover, and a random TM move. One day it levels up and is ready to learn a new move …Psycho cut.  Psycho cut has damage 70, and Psybeam is damage 65. Seems like an obvious choice …Ok, I decide to forget Psybeam and replace the move with Psycho cut.

Next battle: my Kadabra is worthless. Psycho Cut is hardly doing any damage at all compared to the old Psybeam. Opponents that use to faint after one hit are now taking four attacks to defeat. What the heck happened!?

This is when I learned that all those ‘stats’ (attack, special attack, defense, special defense, speed) that flash by the screen when a Pokemon levels up actually matter.

Same Type Attack Bonus (STAB) means your move can deal more damage if it matches the same type as your Pokemon.

You can check your Pokemon’s learnset online to see which moves get an extra ‘bonus’ for being the same type as your Pokemon.

If you want to get really technical there is actually a move damage formula to calculate exactly how much damage a move will have. Note that a same type attack bonus increases a move’s damage by 50%!  There is a lot more to consider than just the move power by itself (‘Base’ in the equation.)

If the Pokemon move type is special, then ‘Attack’ and ‘Defense’ are replaced by ‘Special Attack’ and ‘Special Defense’ in the formula above.

And that explains what happen to my Kadabra. Even though Psycho Cut’s ‘Base’ was slightly higher than Psybeam, it caused Kadabra’s ‘Special Attack’ stat to switch to its ‘Attack’ stat in the formula which greatly decreased the overall damage.

There are also a few Pokemon move damage calculators online, where you can calculate approximately how much damage your Pokemon will have against an opponent. I have found this calculator really useful in deciding which moves to teach Pokemon. 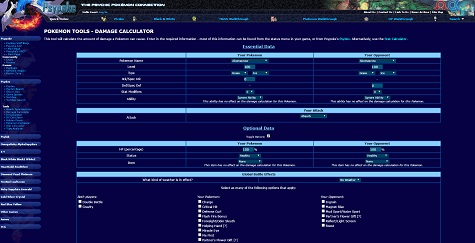 What are my top tips for selecting which move to teach your Pokemon?

Have you ever taught your Pokemon a move and then later regretted it? What are your favorite or least favorite Pokemon moves? Best or worst Pokemon moves?